ABU DHABI CLASSIC CITY TOUR
Abu Dhabi the capital of the United Arab Emirates, the city which ranked as one of the best cities to live and Abu Dhabi has been ranked as the safest city in the world for 2019. Abu Dhabi is just two hours’ drive from one of the busiest cities in the world- Dubai. Compared to Dubai, Abu Dhabi moves at a calm pace without the needless bustling of cities. This does not mean that the world-class city lags any modern lifestyle or infrastructure, in fact, the city is always changing and growing. Abu Dhabi is preparing for the future with its projects such as Masdar City- the city of the future. The city tour of Abu Dhabi will be a fun-filled one, the city welcomes you with the largest handmade handloom carpet in Sheikh Zayed Mosque, highest high tea at Etihad Tower, the adrenaline pumping Ferrari world, and the cultural heritage of the Arabian traditions.

Explore the city of Abu Dhabi, the capital of the Emirates from Dubai

Morning by 08.30 am meet our professional, you will start the drive to Abu Dhabi after a brief introduction about the tours and activities. The City tour of Abu Dhabi will start with visiting the biggest mosque of UAE and one of the largest mosques in the world ‘Sheikh Zayed Grand Mosque’ popularly known as ‘The White Mosque’. It does not just stand out as the largest mosque in the world but the only one that captures a unique interaction between the Islamic world and world cultures. Built with a vision to incorporate the architectural styles from different Muslim civilizations and the mosque celebrates the cultural diversity of the world. There were Italian, British, Emirati architects who worked hard to design and construct an architectural masterpiece. The parts were from Turkey, Morocco, Pakistan, and Egypt among other Islamic countries, revealing a shining architectural marvel with an amazing capacity of 40,000 worshippers and visitors. The mosque was named after late the late president, His Highness Sheikh Zayed bin Sultan Al Nahyan.

The city tour will continue with a photo stop of Emirate Palace Hotel, the third most expensive hotel in the world which cost approximately 3 Billion us dollar to construct is one of the most luxurious hotels in the world.

Drive through Al Bateen Area of Abu Dhabi, the area is home to the president Place, royal family palaces, high-rise Iconic hotels overlooking the Persian Gulf. The next stop will be Abu Dhabi Corniche the eight-kilometer stretch of perfectly shaped waterfront with children’s play area, beach, numerous cafés, and fine dining restaurants make one of the best places in Abu Dhabi for a day out. Then you will be guided to Abu Dhabi Marina Mall, where you will have the time for shopping and lunch.

The next stop will be Abu Dhabi Dates Market: Mina Zayed Dates Market of Abu Dhabi is a must stop. An awesome place where you will get the high-quality dates that are locally produced in the UAE and from Oman and Saudi as well.

You will then move to the Heritage village of Abu Dhabi, where you will have the chance to experience the traditional aspects of the desert way of life. The complex includes all the elements of a traditional Emirati lifestyle: A fort that defends the invaders, a souk where the day to day trade of goats, camels and other livelihood took place, A mosque which shows the religion of Islam plays a significant role in the lifestyle.

After the Heritage village visit, you will continue to the final attraction of the Abu Dhabi city tour, Yas Island. The island is a multipurpose leisure destination in Abu Dhabi and home to the Ferrari World, Warner Bro’s world, Yas Water World and Yas Marina Circuit. You will be given a photo stop for 30 minutes in the Ferrari world. After a long yet active city tour, we will transfer you back to your hotel in Abu Dhabi or Dubai.

Minimum 02 People are required to operate this tour, in case of not reaching the minimum limit we will inform you and offer you the alternative options.
from $238.74 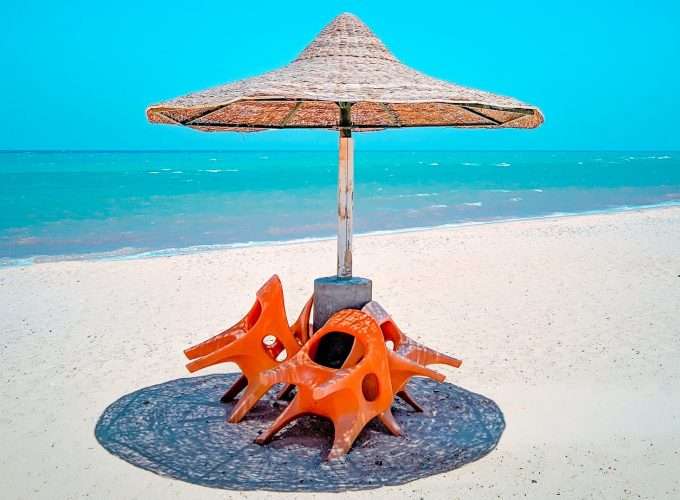