Abu Dhabi Movie Location Tour
The Capital City ‘Abu Dhabi’ has got a lot to offer the movie industry’s Imagineers. The modern stunning skylines paint a futuristic city, whilst the empty quarter’s golden sands let you live your Arabian night dream, multi-culture, and rich heritage makes. It’s little wonder there are so many Hollywood movies shot in Abu Dhabi. Join our Hollywood-inspired tour of the capital city with a live guide to Abu Dhabi’s hottest movie locations.

The stunning diversity of landscapes and dramatic locations in the capital city have fascinated movie and TV fans as the big-budget recent Hollywood blockbusters such as ‘Star Wars: The Force Awakens’ and ‘Fast & Furious 7’, most expensive Netflix movie ever ‘6-Underground as well as the hugely popular ‘Top Gear’ TV show has shot in Abu Dhabi.

Not just Hollywood mega-production shot in Abu Dhabi, The city was the main location for Big Budget Bollywood productions such as ‘Bang Bang’ and ‘Baby’, The popular and long-running US daytime drama series ‘The Bold and Beautiful’ chose to film nine glamorous episodes in the UAE.

Regardless whether you’re a fan of Hollywood, Bollywood, TV series, you can experience some of the hottest locations where your favourite movies were shot with our Full Day Trip to Abu Dhabi movie Location

Abu Dhabi Movie Location Tour: Hollywood Movie Location Tour 2021
Abu Dhabi movie location guided tour will start with a pickup from your hotel in Dubai (Pick up can be arranged from Abu Dhabi hotel as well). Meet our professional guide at your hotel by 08.30 am who will be accompanying you to Abu Dhabi, the capital of the United Arab Emirates.

The First stop will be Aldar HQ quarters, the building is the first circular building of its kind in the Middle East and Voted 'Best Futuristic Design 2008' by the Building Exchange Conference. The unique design of Aldar HQ has impressed the famous director Michael Bay and the stunning building was featured in his latest Netflix action flick 6-Underground starring Ryan Reynold.

Your next stop will be one of the most popular landmarks of Abu Dhabi and featured in many movies including Fast and Furious 7, 6-Underground, The Bold and The Beautiful. Emirates Palace Hotel, the most expensive hotel ever built is the perfect example of Arabian Architecture and Luxury. The main building stretches over a kilometer from wing to wing, and its gardens spread across 100 hectares and located in Abu Dhabi Corniche. The luxury hotel features 114 domes, with the central dome at an imposing 72.6 meters above ground crafted meticulously with gold, mother of pearl and crystals. You will be given a photo stop here and if you wish you to go inside you may add Café or Gold Cappuccino (at additional cost). We will then stop at Abu Dhabi corniche for few minutes so that you can capture the stunning Abu Dhabi skyline especially the five stunning towers known as Etihad Towers.

Our Guide will escort you to Etihad towers, this Iconic five-tower complex in Abu Dhabi invites residents and visitors to live, work, stay, shop and dine in one destination and offering the panoramic view of the city from its observation deck. The Iconic tower played a cameo in 6 Underground and the movie Fast and Furious -7.
Your next stop will be Abu Dhabi Union Square, also known as the “Cannon Square”, a popular tourist location in Abu Dhabi City, located near the Al Hosn fort. The beautiful and landscape and unique structures display the heritage of the UAE.

You will then be guided to Sheikh Zayed Grand Mosque, one of the world’s largest mosques and popularly known as White Mosque. a massive architectural work of art that intentionally blends different Islamic architectural styles from around the world. It features 82 domes, more than 1,000 columns, 24-carat-gold gilded chandeliers, and the world's largest hand-knotted carpet. The stunning architectural beauty of the white mosque played a cameo in the 6-Underground movie.

Your next stop will be Yas Marina, with its long boardwalks, waterside restaurants, and elegant yachts Yas Marina is the Glamorous addition to Abu Dhabi’s ever-growing city. Located in Yas Island a popular leisure island and one of the top tourism projects in Abu Dhabi and home to Yas Marina F-1 Circuit, Ferrari World, Warner Bros, and Yas Water World. You will then be given a photo stop at Yas W Hotel. Both Yas Marina and the stunning W hotel have featured the popular TV drama The Bold and The Beautiful.

Your final stop will be Louvre Abu Dhabi, the first of its kind art and civilization museum in the Arab World. Designed by Pritzker-prize winning architect Jean Nouvel. An impressive 9,200 sq. m of galleries which includes the permanent gallery and a Temporary Gallery that showcases the collection from many notable French museums including Musee du Louvre, Musee d'Orsay. In the movie 6 underground, the iconic Rain of Light dome of the Louvre Abu Dhabi with the water and inscriptions of its atrium has played a cameo.

After the city tour of Abu Dhabi’s stunning movie location, you will be guided back to your hotel in Dubai or Abu Dhabi.

Tours and activities can be booked 48 hours prior to the operational days. Minimum 02 People are required to operate this tour, in case of not reaching the minimum limit we will inform you and offer you the alternative options.

Free! Cancel free of charge up to 2 days before the activity. If you cancel less time, are late or don't show up, no refund will be offered.

Any cancellation or no show after this period, you will not be refunded the paid charges. 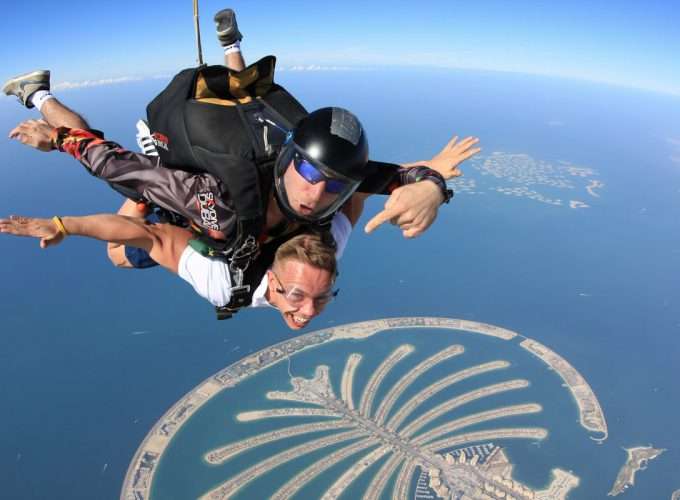 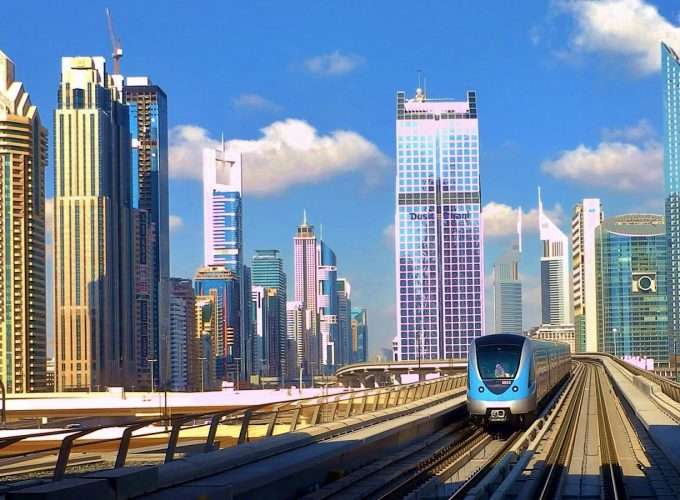