Book Dubai Stop Over Package from Abu Dhabi International Airport to make the best of your holiday trip, enjoy each hour in Abu Dhabi, as you stop in Abu Dhabi before heading back to your original destination.

Abu Dhabi Stop Over Packages: 1-Night Stop Over Package
Abu Dhabi is one of the best airline stopover destinations for going to all kinds of wonderful destinations around the world. Capital of the United Arab Emirates, Abu Dhabi is a well-ordered, industrious city with a pretty waterside location. Abu Dhabi has transformed from a small fishing village into the modern city of today, a bustling center of government and business. Abu Dhabi is well connected with international cities through its Major airlines, including the flagship airline Etihad. The city is a fantastic pitstop on route to Asia, or even Australia. Make the best of your stop-over in Abu Dhabi, turn your 24-hr stopover into a full-on mini-holiday with city tours, Ferrari World, Desert Safari and much more A stopover tour in Abu Dhabi is the best way to discover this amazing city and its attractions. With this package, you will get enough time to relax at a comfortable hotel and adjusting to the time zone before you hop on another plane and head off to your final destination.

Abu Dhabi Stop Over Holiday Package Prices-2020
If you have one day or more and want to step out of the airport to explore the city of Abu Dhabi, choose our Abu Dhabi Stop Over Package based on your budget with accommodation in Abu Dhabi starting from 3-star hotels to Deluxe 5-Star hotels with city tour and transfers.

Abu Dhabi: The Capital City
Experience the top tourist places of the capital city of UAE with our Stop Over tour from Abu Dhabi International. The capital of the United Arab Emirates; Abu Dhabi is a conservative cosmopolitan city. Despite its conservative, traditional culture Abu Dhabi offers luxury and exotic experiences. If you wish to explore both histories, present, and future of United Arab Emirates, Join our bespoke Abu Dhabi Stop Over package, offering you a smooth and enjoyable day trip that covers the most popular tourist attractions in the city and comfortable hotel accommodation with transfers.

Abu Dhabi welcomes you with its largest handmade carpet in Sheikh Zayed Mosque, the first universal museum in the Arab World ‘The Louvre Museum’, New and Incredible Qasar Al Watan Palace, and the cultural heritage of the Arabian traditions. The tale of the capital city cannot be told in one day, but we have crafted this full-day city tour of Abu Dhabi for those who have limited time and wishes to see and experience the best of Abu Dhabi sightseeing.

Abu Dhabi International Airport is the second largest airport in the United Arab Emirates (UAE) and one of the fastest-growing airport hubs globally, the airport serves over 102 destinations in 56 countries. With more than 52 airlines flying to and from some 85 cities in over 49 countries. The Airport holds the 2013 World Airport Awards’ ‘Best Airport in the Middle East’ accolade, for the second year running.

Etihad Airlines: The National Carrier of United Arab Emirates
The national airline of the United Arab Emirates. As an airline, like its home Abu Dhabi, Etihad has come a long way in a short time. The airline was established by Royal Decree in July 2003 and is wholly owned by the Government of Abu Dhabi. The airline offers its guests a network of over 100 passenger and cargo destinations across six continents, with a young and environmentally friendly fleet of more than 120. Etihad Airlines also offers. Etihad Airlines offers free stop op over with two nights hotel accommodation. You can also choose tickets only option from Etihad Airlines and book our Abu Dhabi Stopover package with one-night hotel accommodation, hotel transfers, and Abu Dhabi City tour covering popular attractions.

Other Airlines That Flying to Abu Dhabi:

How Do you Book a Stop Over in Abu Dhabi?
It is amazingly easy and convenient to book your Abu Dhabi Stop Over Package online. Follow the below simple four steps to book your Stopover hassle-free.

Step 1: Choose your Airline, Select an origin and final destination. (Better option will be Etihad Airlines; it offers services to more than 100 destinations across the world)

Step 2: Once you’ve booked your flight, visit www.surprisetourism.com, and choose from our Abu Dhabi Stopover packages (1 Night, 2 Nights and 1 Night Abu Dhabi and 1 Night Dubai Packages). Contact the expert team and choose which hotel you’d prefer to stay at from the list (Four Accommodations plans to choose from) or any preferred hotels or your choice.

Step 3: Once your online booking is complete, we’ll email you your Stop Over voucher. On the day of arrival Meet our representative, who will be waiting for you holding a sign with your name on it at the terminal where you arrive.

Upon arrival meet our guide at the Airport, who will be waiting for you holding a sign with your name on it at the terminal where you arrive. After the meet and greet, He will help you with your luggage and transfer you to your hotel in Abu Dhabi Overnight stay in Abu Dhabi Hotel.
Optional Tour: Dhow Cruise Dinner in Abu Dhabi

Join our 5-Star Dhow Cruise Dinner in Abu Dhabi and enjoy a memorable evening in Abu Dhabi on a traditional wooden boat along the corniche. Traditional Dhow Boats have been refurbished into a modern floating restaurant equipped with all the luxury amenities. As one of the classic attractions of Abu Dhabi ‘Dhow Cruise Dinner’ are enjoyed by both tourists and locals alike. Our two-hour evening Dinner Dhow Cruise offers you unobstructed magnificent views over the skyline of Abu Dhabi while you enjoy a delicious five-star dinner with a mix of Arabian and international cuisines is the best dining experience one can have and a must experience in Abu Dhabi.

Day-2 Abu Dhabi City Tour and Airport Transfer
After a healthy breakfast, Meet our guide at your hotel around 09.00 Am. After the meet and greet, a short introduction about the city and its popular attractions. The Guide will accompany you to the city for your sightseeing tour.

The four-hour city tour will start with the first stop at, the most popular attraction of Abu Dhabi, The White Mosque; Explore the majestic Sheikh Zayed Grand Mosque the most important landmarks of the Abu Dhabi city. Admire the mosque’s unique structure with white marble that consists of 82 domes, chandeliers, and flower-pattern. Named after the Late President Sheik Zayed bin Sultan Al Nahyan, the grand mosque is visited by millions each year.

You will be guided to Union Square, one of the city's most symbolic squares. And then visit the Heritage village of Abu Dhabi, where you will have the chance to experience the traditional aspects of the desert way of life. The complex includes all the elements of a traditional Emirati lifestyle: A fort that defends the invaders, a souk where the day to day trade of goats, camels, and other livelihood took place, A mosque which shows the religion of Islam plays a significant role in the lifestyle.

Drive along the Abu Dhabi Corniche to experience scenic views of the Arabian Gulf. Stop at the corniche to admire the clean water of the harbor. The well planned eight-kilometer stretch of waterfront with a clean beach, children’s play area, cafés, and restaurants has made the corniche is a popular hangout area in the city. You will then continue to the lavish Emirates Palace Hotel for a photo stop. After the city tour, you will be transferred back to Abu Dhabi hotel for Lunch (On your Own)


One of the best things to do while you are in Abu Dhabi is to join an adventurous evening desert Safari and camping expedition in the Abu Dhabi. The Desert Safari Experience will bring your wildest and craziest Arabian nights desert dreams come true, this Abu Dhabi off-road desert adventure tour delights you with the mysterious and magical spells of the Arabian desert. The Overnight Desert Expedition is full of surprises and adventure, it starts with a pickup from your hotel in 4x4 Jeep, and then takes for you for an adventurous desert safari with dune bashing in highest dunes of Al Khatim Desert. Followed by delicious Barbecue dinner with Belly Dance in a traditional Bedouin Desert Camp.

After the city tour of Abu Dhabi and Desert Safari (if booked with our stopover package) you will be transferred back to Abu Dhabi International Airport. Fly to your destination with the best memories of the Capital of the United Arab Emirates. 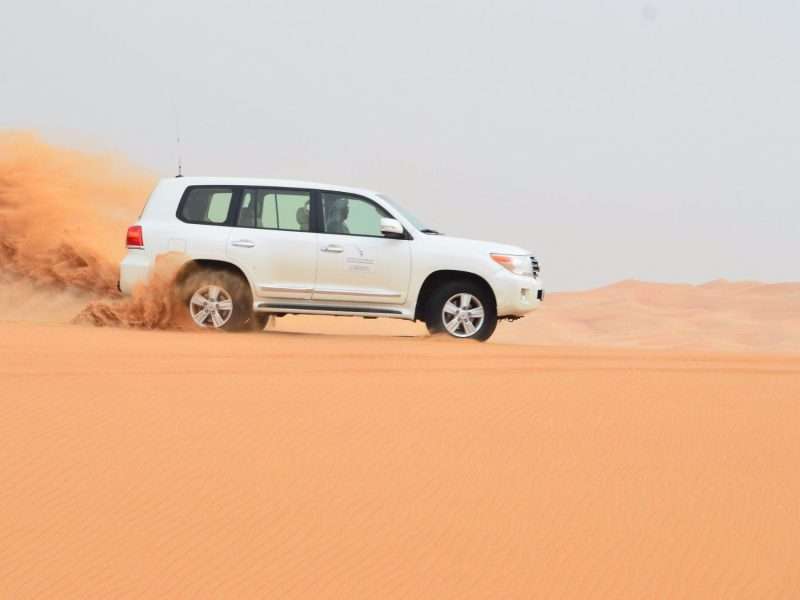 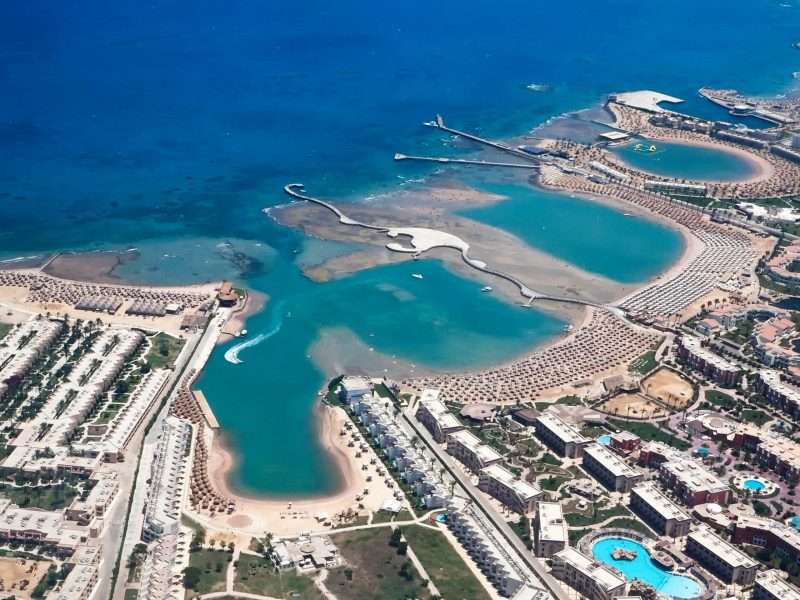 Splendor of Luxor and Cairo