Embark on the Marvelous Hurghada, Ancient Cairo, and Luxor Tour with Surprise Tourism

Come to the land of the Pharaohs to discover what Egypt is like with an opportunity to see the diversity of this land. From ancient wonders to the 1st and 2nd Dynasties of the Pharaohs, to Ottoman Turk history and Greco- Roman along with a modern resort on the Red Sea, you will discover more than you could wish!

In Cairo, you will witness firsthand the essential sites that Egyptians are proud to preserve as part of their vast history and historical landmarks, bringing thousands of visitors to their city yearly. The enormous 3 Pyramids of Giza and the iconic Sphinx sit calmly in the desert of Giza, with visitors feeling awestruck at the size of these monuments. The Camel rides around the Pyramids, taking in the breathtaking landscape and views.

Memphis (the old and first capital City) is considered an ‘open-air museum’ with fascinating history, being the center of when upper and lower Egypt were united. Every visit would be complete with a tour around the renowned Egyptian Museum with thousands of antiquities ranging from Pharaonic, Greek, and Ottoman history, colossal monuments, and treasures of the boy King Tutankhamun.

You will be greeted at Cairo International Airport by our Representative holding a sign with your names. Then you will be transferred to your Hotel in Cairo to check in.
The rest of the day will be at your leisure, with optional tours if you wish to do something.

Overnight at the Hotel

You will visit the essential sites that Egyptians are proud to preserve as part of their vast history and historical landmarks, which draw thousands of visitors to their city annually. It is incredible to see the enormous 3 Pyramids of Giza and the iconic Sphinx sitting calmly in the desert of Giza. You can enjoy the majestic landscape and views of the Pyramids while riding a camel around them. Discover how papyrus is made at the Papyrus Institute, and purchase some papyrus personalized with your name. Lunch at a local restaurant is a great way to spend the day.

In the afternoon, you will visit the Step Pyramid of Sakkara, considered the first Pyramid constructed for King Zoser from the 1st and 2nd dynasties. It is visible that its shape is less organized in structure and design than its neighboring 3 Pyramids at Giza.

The day's last tour will be at Memphis (the old and first capital City), considered an 'open-air museum' with fascinating history being the center when upper and lower Egypt were united.

You will be driven to Cairo Train Station for your overnight sleeper train to Aswan in Upper Egypt. Evening dinner and breakfast are served on the train, which is an overnight journey.

Breakfast onboard the train before arrival in Aswan. Here you will be met by your Guide to take the first tour before checking in on your Nile Cruise boat.

You will visit the renowned Aswan Dam, built and completed in 1970 to prevent the Nile from flooding into upper Egypt and still the widest dam worldwide. Continue at the ancient Quarries to see the famous unfinished Obelisk, then Philae Temple, dedicated to the Goddess Isis.

Overnight on board with all meals included.

Breakfast onboard, then sailing down the Nile with your guide to the Temple of Kom Ombo, known as the crocodile God Sobek. A full informative tour of the temple before returning to your cruise to sail on to Edfu Temple is considered the best-preserved temple known for the God Horus, which has the head of a falcon and the body of a man. Constructed during the Ptolemaic period, starting in 237 BC, the temple has 18 columns with palm leaves and flowers and well-preserved wall paintings showing how wealth was significant when displaying the Gods of Egypt.

Overnight on board of cruise with all meals.

You will be visiting Luxor today (the ancient city of Thebes during ancient times). After breakfast, you'll be escorted by your guide to the West Bank of the Nile.

We will begin our tour by visiting the stunning Colossi of Memnon statues, two giant statues at the original entrance to the Valley of the Kings. Ahead lie the limestone cliffs surrounding the valley where you can find Hatshepsut's Temple, one of only three female queens of Ancient Egypt. After that, you can walk through the famous burial area where many tombs were discovered by Howard Carter along with the discovery of the boy King Tutankhamun, considered the most spectacular find of all time.

Lunch can be enjoyed at the local restaurant after visiting the Alabaster Museum. The afternoon will be spent on the East Bank of the Nile, where the City of Luxor lies. In the first part of the tour, we will visit the world's largest religious site, the Karnak Temple. In ancient times, the Ram-headed avenue of the Sphinx was used as a road between Karnak and Luxor Temples. Our last stop was Luxor Temple, dedicated to Amun, Mut, and Chons, the three members of the Theban triad.

After this, you will be on board the cruise, have dinner, and enjoy the rest of the time.

Enjoy the last breakfast on the Cruise, then check out from the Nile cruise. An air-conditioned coach will transfer you to Hurghada on the Red Sea. You will check in on arrival and have the rest of the day to explore this thriving and exciting resort.

Overnight at the hotel with breakfast and dinner.

Breakfast at the hotel, then a full day to either relax on your own with options of red sea snorkeling and diving or shopping at your leisure, or even take one of our exciting optional tours with a guide to explore the city.

Overnight at the hotel with breakfast and dinner.

Breakfast at the hotel, check out and move back to Cairo in an air-conditioned coach. Today's first stop is the most famous Egyptian Museum to witness the largest collection worldwide of ancient antiquities from the Pharaonic period, Greco- Roman and more. Discover such wonders as jewels and objects discovered in tombs, giant limestone statues, mummified bodies, and the marvel of the Golden Death Mask of Tutankhamun.

Lunch break at a local restaurant before heading to the magnificent Citadel of Salah El Deen, a historical point of Egyptian transformation during the period when Ottoman Turks led by the commander Mohamed Ali and his vast army invaded the Capital Cairo. Sitting on a high point, the views from the Citadel are incredible, overlooking the City and old Mosques.

To end your day, visit the oldest Bazar in Cairo, Khan Khalili, with an array of exciting and colorful hand-crafted ornaments as gifts to treasure your time in Egypt. Dinner at a local restaurant then transfers back to your Cairo hotel.

Overnight stay with all meals throughout the day.

After having breakfast and checking out from the Hotel, you will go to Cairo International Airport and return home with lifetime memories of the Egypt Tour, organized by Surprise Tourism DMC. 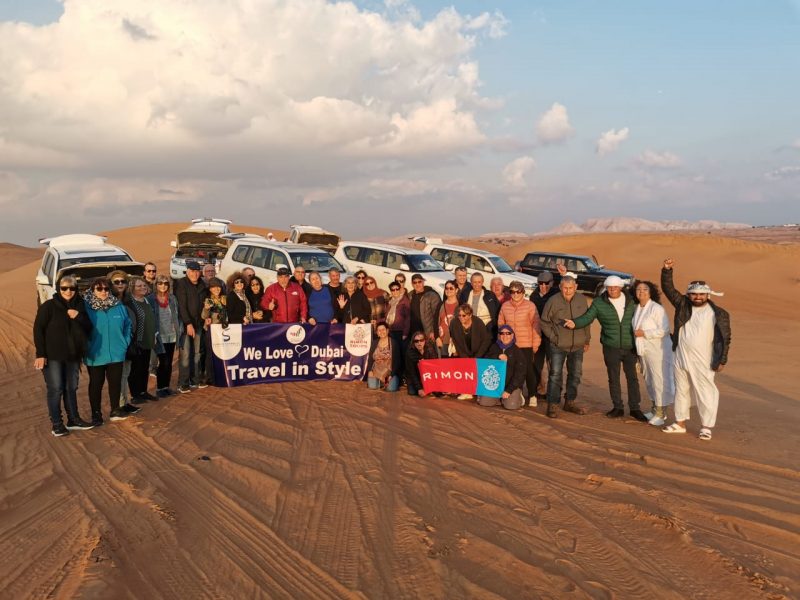 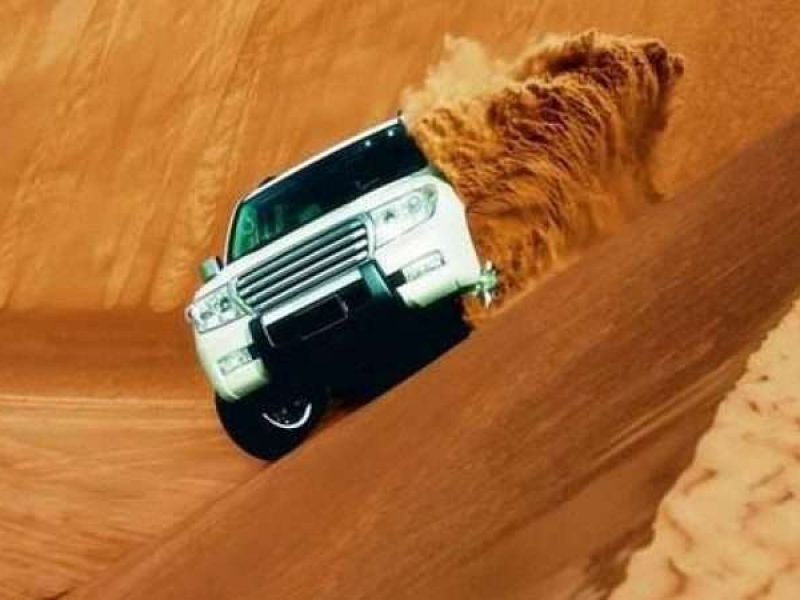 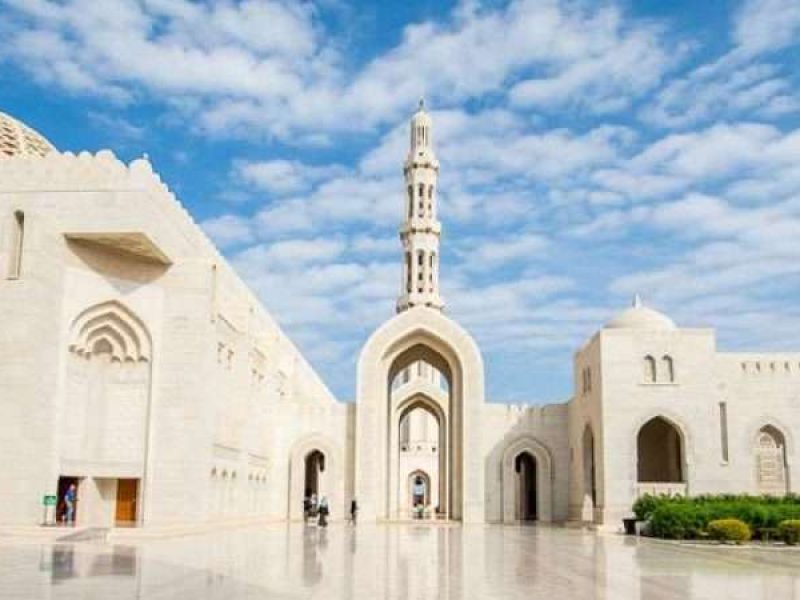