Splendor of Luxor and Cairo Tours – 9 Days and 8 Nights

Welcome to the land of the Pharaohs to discover what Egypt is like with an opportunity to see the diversity of this land. From ancient wonders back to the 1st and 2nd Dynasties of the Pharaohs, to Ottoman Turk history and Greco- Roman along with a modern resort on the Red Sea, you will discover more than you could wish for!

In Cairo, you will witness firsthand the most important sites that Egyptians are proud to preserve as part of their vast history and historical landmarks, which bring thousands of visitors to their city year after year. The enormous 3 Pyramids of Giza and the iconic Sphinx sit calmly in the desert of Giza, with visitors feeling awestruck at the size of these monuments. Camel rides around the Pyramids allow taking in the breathtaking landscape and views.

The Step Pyramid of Sakkara is considered as the first Pyramid constructed for King Zoser from the 1st and 2nd dynasties. It is visible that its shape is less organized in its design than its neighboring 3 Pyramids at Giza. Memphis (the old and first capital City) is considered an ‘open-air museum’ with fascinating history being the center of when upper and lower Egypt were united. No visit would be complete without a tour around the renowned Egyptian Museum with thousands of antiquities ranging from Pharaonic, Greek, and Ottoman history, to colossal monuments and treasures of the boy King Tutankhamun.

Cairo was influenced greatly by its history of invasion by the Ottoman Turks. They left their most famous mark on the city by building the iconic Citadel of Salah El Deen, named after Mohamed Ali, the military commander. He invaded several countries, including Egypt.

The Citadel is on one of the city’s highest points with spectacular views and sounds of the old Mosques with Cairo known as the ‘City of a thousand minarets’ In the district of Old Cairo is the popular and old souk of Khan Khalili, with an array of handcrafted beautiful gifts and memorabilia to remind you of your amazing holiday in Cairo. In Upper Egypt, time to explore the cultural City of Nubian Aswan. Your time in pretty Aswan will include a wonderful tour of the Unfinished Obelisk, Aswan Dam (built to prevent the Nile from flooding into Upper Egypt), and Philae Temple, located on Agilika Island.

Sailing along the Nile from Aswan, you will pass under the beautifully constructed Aswan Bridge. Sailing on your Nile Cruise will allow you to relax on the top deck whilst admiring the beautiful green Nile Delta as you travel along this ancient route. Look out for the limestone quarries along the Nile where during ancient times, workers would transport the important limestone along the river to Cairo to construct the pyramids. You will stop off at two Temples on the route with your guide, including the Temple of Edfu, the God of Horus, and Kom Combo Temple, the crocodile God Sobek.

Once in Luxor, you will visit the most famous ancient sites of the Valley of the Kings and Luxor, and Karnak Temples. Originally known as the city of Thebes in ancient times and often described by archaeologists as ‘the world’s greatest open-air museum,’ Luxor has an immense history and was originally the capital of Egypt during the New Kingdom of 1570C – 1069BC
A visit to both Luxor Temple under the rein of several Pharaohs and Kings and Karnak Temple under the rule of Senusret on the East Bank next to Luxor City will be an eye-opening opportunity to see two of the first-ever temples to be constructed in Upper Egypt.

On the West Bank of Luxor across the Nile is the major burial site of ancient Pharaohs and nobles of the Egyptian dynasty. To date, over an incredible 64 burials have been discovered, and it is proclaimed as a world heritage site. Situated on the West Bank is also the grand Temple of Queen Hatshepsut, who was the chief wife of Pharaoh Thutmose 11. She became ruler of Egypt and is said to be the most successful Pharaoh of Egypt.

Luxor City has a lovely Bazaar to walk around with stops for delightful souvenirs of Upper Egypt and fresh mint tea, which is great on a hot day to unwind. Delightful Kalesh rides around the city are always pleasant to see the scenery and locals out shopping.

Meet and greet with our Representative at Cairo International Airport who will be holding a sign with your names. Transfer to your hotel in Cairo.
Overnight at your hotel.

Breakfast at the hotel before being collected by our Guide for your full day of tours in Cairo.
tour will be at the Plateau of the world famous 3 Great Pyramids of Giza to visit the Pyramids of Cheops , Chephren and Mykerinus. Following this you will proceed on to visit the grand Great Sphinx with the head of a Pharaoh and a lion's body, dating from the times during the rule of Chephren. From here, a visit to the Valley Temple, which belonged to the Pyramid of Chephren. A visit to the Papyrus Institute to browse the lovely gifts of papyrus for gifts. Lunch at a local restaurant.Your tour will continue with a drive to visit the Step Pyramids of Zoser, the world's oldest major stone structure built in the 3rd Dynasty (around 2630 BC) for King Djoser. It is very different in design to the later Pyramids of Giza with a far more basis structure. A tour of Memphis (the old and first capital City) is considered as an ‘open air museum’ with fascinating history being the centre when upper and lower Egypt were united.
Finally you will be transferred to Cairo Train Station for your overnight sleeper train to Luxor.
Dinner and breakfast on the train.

On arrival in Luxor, you will be met by our representative and transferred to your Nile Cruise boat for check in. Time to relax then our Guide will collect you for your first tour with a visit to both Luxor Temple under the rein of several Pharaohs and Kings along with Karnak Temple under the rule of Senusret on the East Bank next to Luxor City will be an eye opening opportunity to see two of the first ever temples to be constructed in Upper Egypt.
Return to your cruise to relax for the evening or take a walk around historical Luxor or a Kalesh ride through the city.
Overnight on the cruise with lunch and dinner.

Today you will be escorted from your cruise after breakfast from the ancient city of Luxor (known as Thebes during ancient times) on the East Bank and head across to the West Bank
of the Nile. First stop will be to the magnificent Colossi of Memnon, two giant statues to the original entrance of the Valley of the Kings. Ahead are the huge limestone cliffs surrounding the valley where you will find the Temple of Hatshepsut, a female queen of only three throughout Ancient Egypt. Then your chance to walk through the famous burial area where many tombs were discovered along with the discovery of what was considered the most spectacular find by the archaeologist Howard Carter of the boy King Tutankhamun in 1922.
A break at the Alabaster Museum.
Back to your cruise with the rest of the day and evening to relax. Overnight sailing to Edfu via the lock at Esna.
All meals onboard. Overnight.

Breakfast onboard. Today your first tour will be to the renowned Temple of Edfu, considered the best preserved temple known for the God Horus which has the head of a falcon and body of a man. Constructed during the Ptolemaic period start in 237 BC, the temple has 18 columns with palm leaves and flowers and well preserved wall paintings showing how wealth was important when displaying the Gods of Egypt.
Back to the cruise for lunch while continuing on to the next visit to the Temple of Kom Ombo known as the crocodile God Sobek. Your informative guide will explain the history behind this unusual Temple. Cruise on to the beautiful City of Aswan known for it’s very colourful Nubian Culture whilst passing under the enormous Aswan Bridge. On the West Bank of Aswan you will see the large limestone rocks which are the burial sites for the Nobles of the 1st Kingdom.
Overnight in Aswan with dinner and onboard entertainment.

Breakfast onboard before being met by your Guide to take the tours to visit the renowned Aswan Dam, built and completed in 1970 to prevent the Nile flooding into upper Egypt and still the widest dam worldwide. Continue on for a stop at the ancient Quarries to see the famous unfinished Obelisk then Philae Temple, dedicated to the Goddess Isis.
Overnight on board with all meals included.

Breakfast on board. Today is the last day on the Cruise. You will check out but have free time in Aswan to take any optional tours with a guide or just explore pretty Aswan and its large souk for souvenirs.
Later, you will be transferred to Aswan Train Station for an overnight to Cairo.
Dinner and Breakfast on the train.

You will be met by a guide on arrival at Cairo Train Station to then be taken for a tour of renowned Egyptian Museum to witness the largest collection worldwide of ancient antiquities from the Pharaonic period, Greco- Roman and more. Discover such wonders as jewels and objects discovered in tombs, huge limestone statues, mummified bodies and the wonder of the Golden Death Mask of Tutankhamun.
Lunch break at a local restaurant before heading to the magnificent Citadel of Salah El Deen, a historical point of Egyptian transformation during the period when Ottoman Turks lead by the commander Mohamed Ali and his vast army who invaded the Capital Cairo. Sitting on a high point, the views from the Citadel are incredible, overlooking the City and old Mosques.
To end your day, a visit to the oldest Bazar in Cairo, Khan Khalili with an array of exciting and colourful hand crafted ornaments as gifts to treasure your time in Egypt. Dinner at a local restaurant then transferred back to your hotel in Cairo.
Overnight stay.

Breakfast at the hotel then check out for your transfer to Cairo International Airport for your flight home.

Children aged 0-5 will be free of charge and ages 6 - 11 will pay 50 % of the tour cost. Above 12 years will be considered as adults and adult rates applicable. 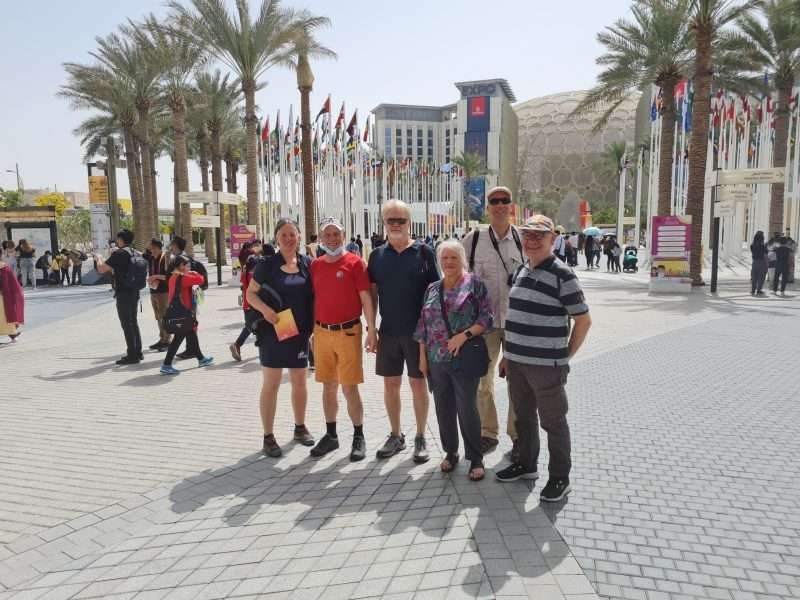 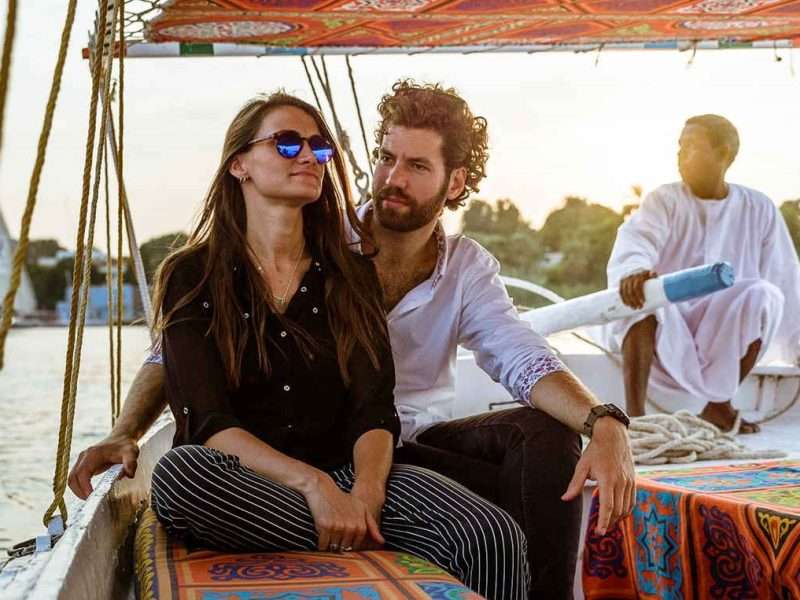